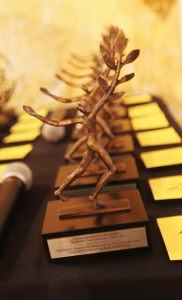 At the end of the competition, the “OENOPOMPE® from PMH Vinicole” short film was officially awarded :

The “efficiency-SMB” 2013 special jury prize
It was among the top 7 ”Techniques & d’Entreprise” films on wine growing and winemaking in 2013.

The wine section of the “Techniques & d’Entreprise” films on wine growing and winemaking, Oenovidéo® is organized by the Oenology Forum and sponsored by the SITEVI.

To watch this award-winning short film, please click on the link: